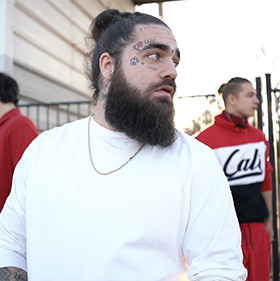 Lo, also known as D Lo Tha Krooked, was born in Bedford Texas early 93. At the age of 2, Lo was moved to Itasca Texas where he would spend the majority of his life, with molding periods of his life spent in both Houston and East Ft Worth. Music was always apart of his life, from wanting to be a country singer as a young child to wanting to join a rock band as an older child, and hip hop becoming his main prerogative as a younger teen. At 14 Lo started creating his own hip hop music and released a “mixtape” at 15 that flopped. Not discouraged, Lo went on to practice and improve his craft, both releasing and pulling multiple projects from the public eye. As he stands today, Lo has only 2 projects released officially and a handful of music video singles. Wanting to express his versatile mind, he now enters into making multiple different styles and/or “genres” of music and intends to leaves the public to chose their liking.